Grab a cuppa Ladybelles… it’s a long one today. 😂
💙 My little Bitch, Anxiety💙

Being a Mammy is hard.  Everything changes.

Your body. Your home. Your routine.  Your relationship.  Your friendships. Your mind.

But it’s worth it.  It’s soooooo worth it.

Yes, your hormones will be a mess for a few months (I’d argue forever more, but I’m no expert!).

Yes, life will never be the same again, but the love and the joys generally outweigh the negatives.

And while you might feel like you’ve lost “you” on your journey to bring another human into world, YOU WILL return, a better, stronger, more wonderful version of yourself.

Before I had my Mini-Me 5 years ago, I thought I was on top of things.  I’d never really struggled with my thoughts, with my mind.  I could sleep when I was tired.  When I went to bed at night, my brain generally allowed me to sleep.  I lead a ridiculously busy life and I felt invincible.

We were over the moon to find out that she was on her little way, and began painting and shopping and all the rest.  Then, at 16 weeks, my heart decided it was going to misbehave and landed me in hospital.  It misbehaved for the duration of my pregnancy.  I was put off work for the remainder, I had to give up so many things that I loved: my exercise, the show I was choreographing and (gasp) caffeine.  I went from being Everyone’s reliable somebody, to sitting on my ever expanding bum at home…

The world carried on around me…

For the first time in my life, I struggled. 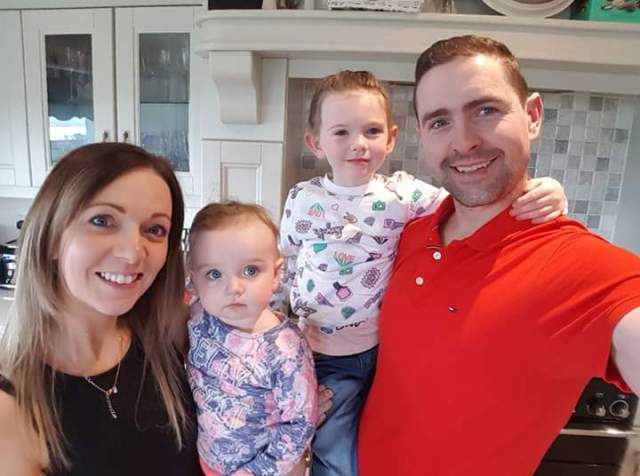 How could others know, when I didn’t know?

Have I ever been diagnosed with anything? No.

Have I ever told my Doctor I was struggling? No.  (I was afraid they’d take the baby off me.  Ridiculous eh?😐 )

Can I say categorically that I have struggled with my mental health, both after and during pregnancy?

For the first time ever, I can say it, or rather, I can write it.

In the same way that I now know, The Him knew.  My Mum probably knew.  My sister has no slows on her. 😂 My closest friends probably knew.  But of course, because I pretended that I was fine, no one said anything out loud.  I convinced everyone around me, and myself, that of course I was fine.

I’ve still never said it to a Doctor.  I have however said it to my Husband.  And the day that I told him that I was struggling and that I didn’t know what exactly was wrong with me, things began to get better.  I still have shit days.  Who doesn’t? And even though I know on certain days that I have NOTHING to be sad about, it doesn’t stop me being sad.  There are still days and weeks where, regardless of how wonderful my life is, (and it is mostly!), I can’t see past the great big clouds that seem to be getting in the way of my sunshine a little bit.
I’ve come to realise that that is not just me.

But I’m learning how I need to deal with it, for me, as me.

I’m feeling good now.  I can honestly say that 18 months after Princess was born, I’m only recently feeling like the old me again.  Physically and emotionally.

But the anxiety is always there.

She fizzes through me, usually when I’m not stressed, ironically enough.  It seems that adrenalin and stress keeps her at bay, and then when things are sailing along nicely and I’m physically relaxing, she bubbles from my tummy, right into the tips of my fingers and it stays there until she’s done.

How do I deal with her?

Writing. My blog has been my therapy, even when I didn’t understand that it was.  Also, Rescue remedy, cutting out alcohol, upping the exercise… and telling My Him. 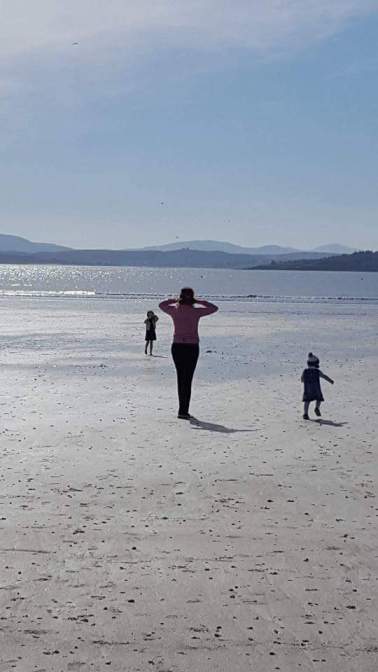 Getting outside helps…cliched but true.

Even saying the words “I’m anxious and I don’t know why” makes it OK.  Once I know that it’s not just me, in my head, it’s easier to batter that little bitch back into her box.

She’ll never go away. She’ll sit in the box and wait until she senses my weakness again, until life seems quiet and good and this Mammy thinks she’s got her shit together again.  And then she’ll pop up and say “Ahahahahha!  Oh no you don’t Madam”…

And if I think back over the years, she’s always been there.  Hindsight is 20:20 isn’t it?

I just didn’t recognise who she was.  I thought she was low blood sugar, or exhaustion, or stress.   She was actually panic attacks and I was just so ridiculously sure of my own mental health that I didn’t recognise her.

Why do I say “she” and not “it”?
Because how I feel is not an IT.  My feelings are part of ME.  But these particular feelings are not only ME, they are a different, unwelcome little PART of me, and so I will refer to her as She, because it makes me feel like I’m in charge.  I’m not afraid of her.  I’m just sometimes influenced by her negativity.  But I will not give her a name.  She’s not THAT significant.  And just like my two minions, I’m in control of her…mostly!

I’m not sure if this makes sense.  Maybe it doesn’t.  And I’m very aware that someone who has suffered and been diagnosed properly with such issues, might be tutting at my ramblings, but all I can do is say how I have felt and how I feel sometimes.  I’m not saying that I understand depression or anxiety.  I’m simply saying that just because a Doctor has never typed it in someone’s notes, it doesn’t mean they haven’t dealt with it.

Was it becoming a Mum that brought it to light?  Yeah, probably.  And a few other things over the last few years made me re-evaluate important parts of, and people in, my life.

“There’s strength in numbers”. “A problem shared is a problem halved etc”.  Clichés yes,  But there’s truth in most clichés, isn’t there?

And so there we go.  The post I never thought I would write.  Because S-Mum has NEVER suffered from mental health problems.  Officially.  On the record.  I’ve never been diagnosed, but yes I have struggled.

Maybe there is nothing to diagnose now, but in the past, if I had only had the guts, or in my case, the cop on, to realise or admit that things weren’t right, a doctor might have said the words out loud.

Sometimes, it’s something more and sometimes, we need help.

I’m not qualified to counsel, or diagnose, or treat.  I am not a psychologist.  I am not a Doctor.  I am not a councillor.  I’m not going to suggest that just because I’ve come to realise that I have a little Bitch called Anxiety to batter every so often, that I am an expert.  Of course I won’t.  That would be ridiculous.  Just because you’ve sat in a Ferarri doesn’t mean you can fix one does it?

NO, so just because someone has experienced something, that doesn’t mean they know what YOU should do to fix YOU.

But if you feel that you can empathise with a little too much of what I’ve written, please ask for help.  Tell someone you’re struggling.  Be strong and admit that you feel weak.  Say it out loud.  It won’t sound as ridiculous as you think it will.

And you’re allowed to be weak.  No one is strong all of the time.

And do you see that little Bitch Anxiety?  She’s only as strong as we let her be.  She’s like a bully.  If one person stands up to her, she stands her ground, but when she sees that you have back up, she’ll soon retreat to her box.

So ask for back up.

And put that bitch in her box.

4 thoughts on “I am Saying It Out Loud Mum”