Mammy loves the Babywipes.
And on the day where our neighbours have announced that all Babywipes will be a thing of the past within 25 years, I must share my appreciation with you again.
Every Mammy loves the Babywipes, don’t they?
We should thank the Inventor of the Babywipes.
Apparently, the first Babywipe was invented in the 1950s and first produced by a company called Nice-Pak… Almost 70 years later, I’m sure that if the inventor of the Babywipes is still alive, he or she is rolling themselves in Babywipes every evening, breathing in the sweet, musky smell of their own genius.
So to them, (or to their ghost who is possibly reading this blog over someone’s shoulder😉), Thank you for the Babywipes.
Thank you from every Mammy in the world.
When Babywipes were born,😂 Mammies everywhere sighed in relief and danced a little pee-inducing dance with utter joy and thrill that FINALLY, there was a handy, disposable, multi-use Mammy tool.
Indeed I am sure the the inventor of the Babywipe rubbed his or her happy hands together in glee when they realised that the Babywipes were going to become so sought after, so cherished and so NECESSARY in the lives of parents EVERYWHERE. Not only EVERYWHERE in the world, but EVERYWHERE in every parent’s world…the changing station, the baby bag, the handbag, the car, the office drawers…
Poo poo, Bum bum, Ching ching. 😂
But let me tell you ONE thing that the Babywipe inventors, and indeed the modern-day Babywipe producer omitted, and CONTINUE to omit, from their research and development. The one thing they UNDERESTIMATED…
Wheetabix.
Yes. Another classic staple in every home. How the fecking Babywipe makers HAVE NOT yet figured out HOW to remove digested Wheetabix from the peachy bottom of a wriggling Poopmonster is beyond me. Have they not got edumacated sciency people formulating and developing the Babywipes in big sanitised laboratories somewhere near “Area Fiftybum”?
Do they not do fire tests and delta force style strength tests or use sandblasting to ensure that these mammy weapons are teflar-ly durable?
Are there not product testers who tick off the list of “Things the Babywipe can dissolve and remove”, like:
🌈pee pee ✔
🌈 baby spit ✔
🌈 yoghurt ✔
🌈mashed potato✔
🌈 dried paint ✔
🌈 kitchen grease ✔
🌈 makeup ✔
🌈 ordinary, run of the mill Poonamis ✔
🌈digested blueberries…well…
🌈 shat out wheetabix… NOOOOOOOOOOO.
How is Shat out Wheetabix NOT the TOP of the list?
Have the product testers NEVER cleaned the nether-regions of a wobbler who has eaten an average of 2 of the cardboardy biscuits a day?
I wonder if the sciency people would like a “Test bummy” to try to figure out how to fix the babywipes so that they CLEAN AND REMOVE the shards of poo, as opposed to pushing them around the soggy bottom, like little grains of sand that love to simply ROLL over the skin, clinging it like feckin mini-leeches to shiny, smooth glass…
I can offer the services of a Poopmonster.
Do you think if we Mammies offered to help them to develop their technology further, could we call the research “The Big Bum Theory”?
Now, today, our neighbours in the UK announced something that makes me think that there is a good chance that the country is INDEED being run by a shower of fucking chimps. Stupid big chimps who think that just because THEIR hairy arsed baby chimps don’t need Baby wipes to wipe up their poonamis, that we meagre humans can learn to do the same.
They’re either chimps, or the archaic Male type who still beats his chest while his poor wife deals with the offspring. Or females who have never had the pleasure of wiping both a Baby’s bum AND their own hands with the SAME babywipe. OR a woman who has a CLEANER and so has not yet realised how fecking INGENIOUS the little white yoks are at removing grease and grime from EVERYWHERE!
And what’s MOST frightening is that we often find ourselves following the suit of our lovely neighbours in many aspects of social governance. I tell you now however, Mammies of Donegal. Should there come a time where our society suggests that we ban the buttwipe, I WILL indeed follow their suit. As in their BREXIT and I shall declare Donegal a republic from the rest of Chimpville and I shall be Queen and we shall all wear lovely hats on a Monday and wine will delivered free to all Mammies on a Friday at 5pm, ALONG WITH THE FREE BABYWIPES!
Seriously, have they even ever changed a shitty nappy? I think not. I THINK NOT!
#savethewipes #Sillybeggars 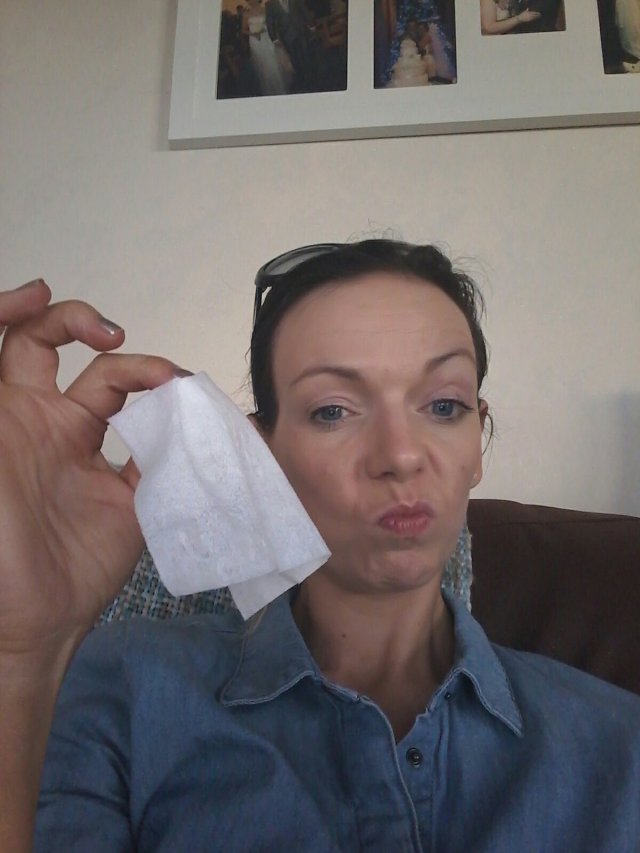