“Will you marry us?”

As a child, I did the “Monica“; marching through an aisle of appreciative teddy bears, wearing a pillow case as a veil, happily telling Ken that “I do,” while my sister practiced being bridesmaid.

I’m a Disney girl, so I’ve always been pretty sure that someday my Prince Charming would appear on horse back to my castle, to whisk me off into my happily ever after. And appear he did, (after a loooooong string of kissed frogs), admittedly however, not on horse back.  He arrived in a taxi to a house party, but he did indeed sweep me off my glittery stilettos and we’re doing a mighty fine job of the happy ever after!

But when I dreamed about my wedding and my future husband, at no point did I dream of marrying two men.  But that I did.

It wasn’t in my plan.  I’m pretty sure it isn’t in anybody’s plan.  When a couple are expecting a baby, it surely doesn’t come into their thoughts that someday, another woman or another man, will be parent to that child.  Of course it doesn’t.  But then, sometimes, our plans don’t quite work out the way we dream they will.

Families are complicated.  When you marry the man, or woman, of your dreams, the “us” you dreamed of can suddenly include a whole lot of people you never imagined having to deal with:  The child.  The other parent.  The parent’s partner.  The other baby. The mother’s family.  More often than not, things get messy, but if you’re in it for the long haul, you’ll quickly realize that the fighting has to just end in order for anyone to get on with things.

Of course every circumstance is different.  I’m one of the lucky ones I suppose.  My husband came with a perfectly wonderful mini-him.  I’ve had the pleasure of being mini-him’s wicked stepmother since he was only a wee toot of a four year old.  He doesn’t know anything else except Daddy and Me. And he is his Mammy’s own Prince Charming.

He’s wonderful with our own Mini-me.  He knows he’s part of a wonderfully functional dysfunctional little unit.  He knows that there’s been the obvious  difficulties in the past, but he also knows that he has a whole lot of love directed at him, from many different angles. 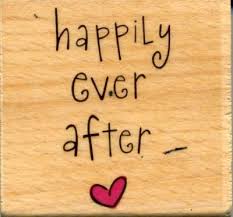 I had friends at the start who thought I was crazy taking on another woman’s child.  I’m sure some of them still think it.  But, what some of them didn’t realize was that watching my manfriend be the best father in the world to his little person, was one of the reasons I loved him so immediately.  He would go to the ends of the earth for him.  He did actually, and you can’t buy that level of love and commitment. So as I stood on the altar and promised to love him, “and all the children we’d be blessed with“, forever, I was making that vow to not one, but two, men…And I wouldn’t have it any other way.

I’m also blessed that his mother knows that I love him and has allowed me the pleasure of helping to raise her precious one.    Granted, I’m sure that I was never in her plans.  I know she was never in mines. But guess what? The universe threw our happy ever afters together whether we liked it or not.  We’re not in charge.  Even in my own self-righteousness, I’ve never underestimated how difficult it must be to allow a step-mum into your child’s life…I’m not sure I could do it. That takes guts. That takes a supermum. 🙂