It’s the end of August; which if you believe the Interweb and the Instafluencers, means it’s practically January already.

Ok, I will agree that once August arrives, I get a bellyflip of panic.  It means the long (and for once glorious!) summer is almost over.   It means it’s high time I was sorting Mini-Me for Back to School.  It means that time is limited to get through the mile long to-do in the summer list I wrote on the first day of her holidays.  It means everyone trying to cram all the things on the “Things to do this Summer” lists into what’s left of their weekends.

But it also means return to routine, which if your house is anything like mine, is something that I can not deny missing.

And then begins September; a month of sunshine and still long evenings where the dust settles on the chaos of the summer months and where Fridays take on a whole new meaning.

Then comes October, with the crisp coolness and warm colours and the excitement and build up to Halloween.

And then we have November, the month which will last 498 days and drive us all to stews and hot whiskeys and panics about how it’s nearly time for Santa Season and we haven’t even “started yet”… 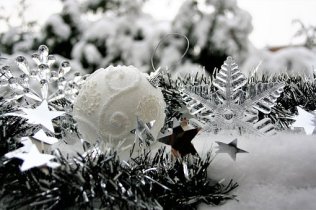 And we have ALL of that to do before we even think about next year.

So while YES, once the end of August arrives, the end of the year does suddenly seem right around the corner, in reality, we still have 4 whole months until then.  4 whole months of birthdays and new beginnings and fighting and eating and laughing and growing and sniffling and working and parenting and everything else that our lives entail.

So take it easy on allowing memes and such online images to make you feel like you’re losing time.  You’re not.

And as for those 101 things to do with your kids this summer lists, which are now makig you feel like shit because you didn’t 34. frolick in the park or 27. chase butterflies or 49. take a trip on a train or 30. create a fucking Ant hotel or 793. bake cookies and sell lemonade…  bin them.  Those lists are created by people who live in Lala Land, where there are actual trains. Not Donegal.

So while these images and memes are quirky and cute and we find ourselves laughing or nodding in inst-agreement, they’re just another example of how we’re letting strangers online affect our own perceptions of our own lives.  Instead of thinking “sure the year’s nearly over”, ask yourself what you can still do and fit in and enjoy in the 5 months that are left…until next year, where guess what? We start all over again!

Scrap the summer bucket list and make up a new one for yourself and your family that doesn’t have a deadline.

Because yes, summer is done and dusted, but thankfully, there are 3 other seasons and no one is measuring you, except yourself.

Are you following The S-Mum Blog on Social Media?  Find her Facebook here and read her blog here.