It’s a word we usually retain for after someone has departed for the Big City in the Sky, (or wherever you believe we go after this life.)

But Legacy is not as final as we think.  We’re creating our own legacies, Every Single Day. 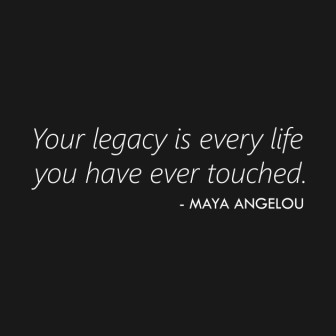 Wouldn’t it be nice if we thought of our legacy as our everyday?  It’s the things we do each day, the people we affect each day, the conversations we have, the changes we make.

Sometimes, we make changes in our lives that take us on a new direction.  Sometimes, the change is subtle and yet, whether big or small, all changes lead us on a new journey.

Change is good. Change is what you make it.

May it be an ending relationship, an ending friendship, an ending job, a change in career, an end of a process… all of the things that we do, every day, have made and DO make us who we are.  Our past has brought us to our now, and it shapes where we are going.

I’m thinking of a special friend as I write this today.  Big change is happening for this friend.  And I need her to know a few things:

This is not an end.  It is simply a change in direction.

It is the right change for her.

She has touched the lives of so many, in many positive ways.

She has influenced more young people than you could imagine.

Rather than being sad that something is over, we need to be glad that it happened; to understand that its highs and its lows ALL contributed to what we learned from it.  And know that as we leave something, or someone, we can choose which memories to take with us.

THAT is our legacy.  And we’re still creating it.

So , to you, (whose name means “Together” or “One” and which actually suits you perfectly considering the “together” YOU helped create), don’t be sad.

Smile at the memories (and friends) that you made, acknowledge the footprints you’ve left and get excited at the thought of the next stage of your journey.

It’s yours. Dance through it.

You have many more footprints to leave. 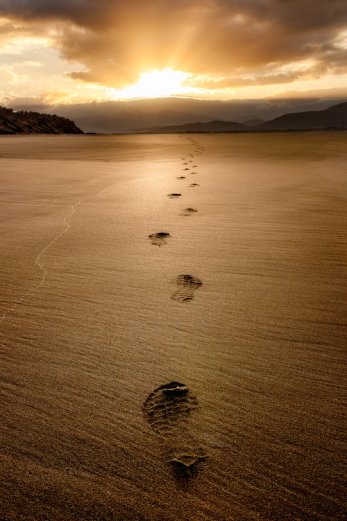 Anyone else feel as if they’ve been hit by a double decker bus?

I was in great form yesterday, full of energy and enthusiasm for the weekend after the madness of week 1. We had a lovely date night last night. (Saw Detroit. Tight watch but superb.) I went to bed rather smug in my ability to be all the everything and keep all of the plates spinning, and then I woke up this morning COMPLETELY knackered and spent the day dealing with an exhausted Mini-Me and teething, shattered Wobbler. (A bag of bitches in a briared hedge we were. 😛😛)
But The Him was well rested. 😠
Why?

I’ll fecking tell you why…

You see at 5.45am, Princess Headtheball began chirping through the monitor for her “Dodee” and her “Mammee”… And where “Mammeeeee” usually knows that she’ll eventually find the dodees herself and go back to sleep, you know, because it’s still the MIDDLE OF THE FECKIN NIGHT, The Him is not quite so clever. Before I was awake enough to STOP the big Gombeen, he was up and in her room, talking in soothing, FOOLISH, NAIVE tones to the Rugmonster that is our youngest manipulator. “Sssssssssh now. You lie down and go back to sleep etc…” 😅
I could hear her raising her eyebrow at him. I could hear him returning to the bedroom door in a fultile and quite hilarious attempt at leaving her there… and then I could hear the apopleptic SCREAM that signified that she was having NONE of it. It translated into “YOU get back in to this room and you lift my soggy bottom and slabbery head RIGHT NOW Servant Man. And Mammeeee? Bring me to her, Peasant.”😂

Fully awake now, Mammy here was thinking what a silly, foolish man her Him was and how he’d know about it now that he would have to get up at stupid o’clock on a Sunday Morning…

Into the bedroom he carries her. WTF?😠😠
“She’ll go back to sleep beside us” he explains.
Will she indeed?
Will she FECK! 😂😂😂

You see, poor Him was being both foolish and optimistic, but was also POSSIBLY trying to prove a point. Because last weekend when we collected the girls from a sleepover in Granny Dearest’s, Granda Bear informed us that she’d woken at 6am but that she’d slept in beside them until 8.40am…

But The Him forgot that such unusual and magical mysteries ONLY happen in the magical Narnia of the Grandparents’ house. Such occurences are not of the real world. 😛 Parents NEVER get to enjoy that kind of joy. NOPE.

Persistent as he is, he did indeed plonk her in beside me before climbing back into bed. She snuggled into me and for about 38 seconds, I thought she would go back to sleep. But then, she reminded me of her intentions to get OUT OF BED by spending 30 minutes sticking random limbs into my back, sitting on my head and sticking her fingers up my nose, into m mouth and into my ears.

That was it. He was going to have to get up and take her up to the kitchen.

Afterall , it WAS HIS mistake wasn’t it? I was just about to tell him as much when I heard it.

The one sound that can send a tired and hormental Mammy-type over the edge, into insanity and off her fecking head…

HOW I did not take a pillow and SUFFOCATE his slumbering, slabbering, snoring self in that instant, I will never know. (But the next time there are nominations sought for saintly people who go above and beyond for the safety and survival of others, think of me). 😅

And so Mammy ended up doing her usual “FFS I’ll do it MYSELF” stomping dance and getting up to watch CBeebies with the Fudgemonster. But, because Mini-Me was still asleep, I didn’t get to do it loudly enough for Sleeping Beauty to even hear me. 😅😠
As usual, NO ONE WAS LISTENING!

Has he learned his lesson? OH indeed he has. Because not only did he have to deal with his very own Bunnyboiler/EmilyRose😈 when he got up, he also had to deal with the Wobbler when she entered the realm of “past her sleep tired” that we parents all dread and fear so much.

Oh! And he has also been reminded 398 times that I am sleeping until 2pm next Sunday… 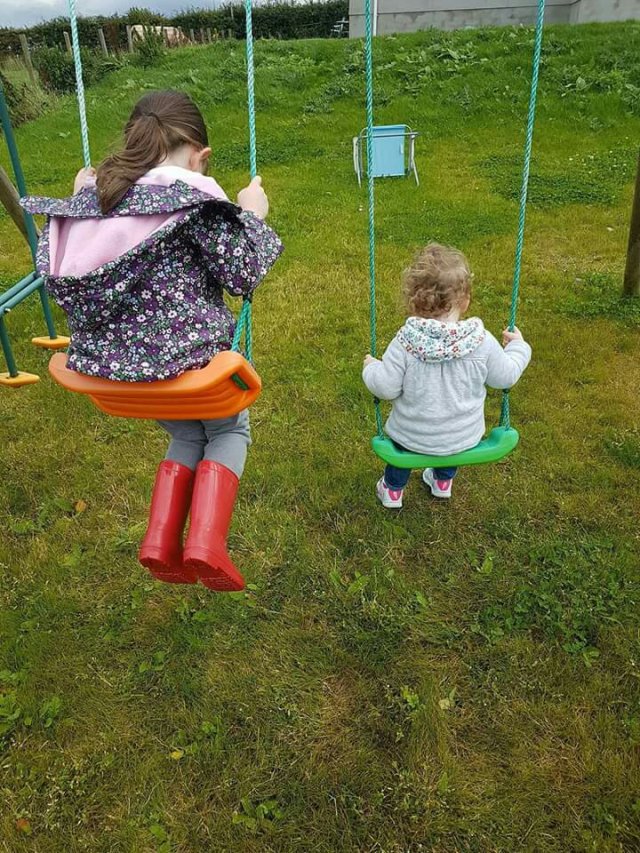 Yeah. What are the chances of that happening Mammies?😂😂😂

How was your day?

Anyone else not really pay attention to song lyrics?

I like to make up my own.
Whatever words I sing the FIRST time I sing along to a song, tends to BECOME the lyrics forever more.
You should hear my version of Desposita…FAAAAAAR superior to Justin Dweeber. 😂

But it seems that Mini-Me has adopted my poetic lyrical license habit…as I found out IN THE MIDDLE OF A SHOP today when Uptown Funk came on.

We didn’t care… we were having fun and getting our funky donkey on to a WICKED tune, until I heard Mini-Me GO FOR IT with the next line…

…At the top of her voice, before finishing up with a Michael Jacksonesque pose…

I didn’t know whether to applaud or DIE! Usually I don’t correct her cuteyisms, but I reckon this one MIGHT be better rectified, don’t you? 😂😂😂

In other news, it’s The Him’s birthday. 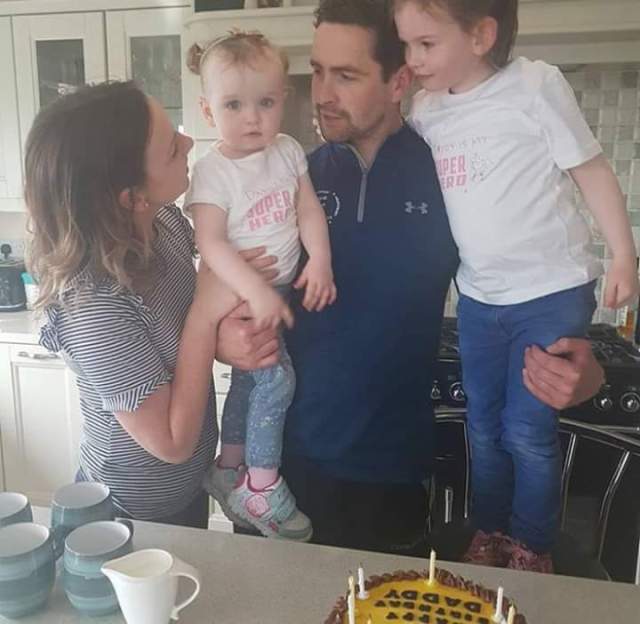 The girlies had a lovely evening with their Daddy and now, it’s Bubbles o’clock. 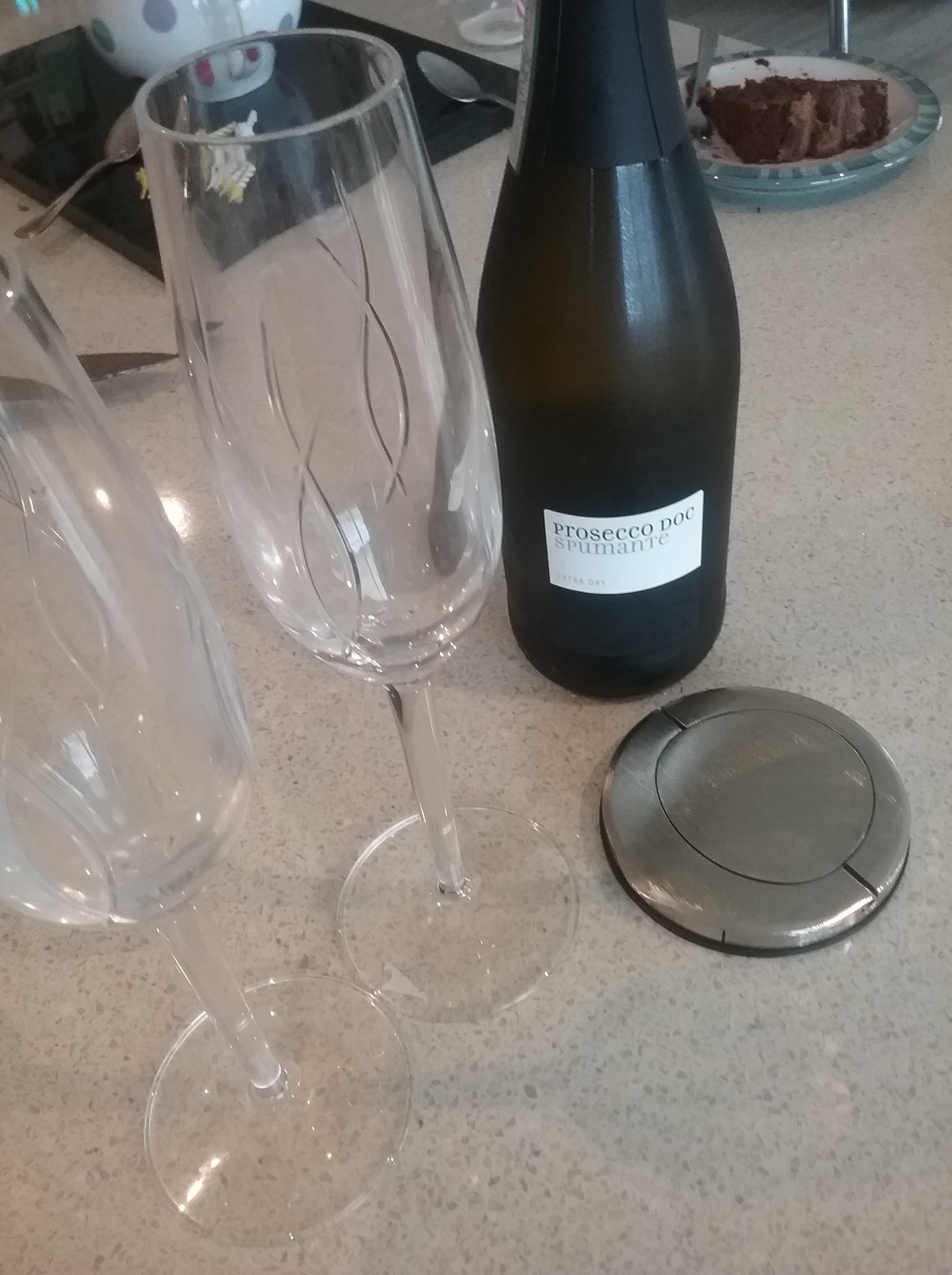 He does get quite the battering on here, the poor thing, 😂😂so hit him with some Birthday lurve Ladies. 👇😅😙

Oh and feel free to share YOUR favourite lyrical faux pas with me. 😘

Do you know what is going on in another Mammy’s mind?

Try this.
Shut the fuck up. 😡😡
I am getting so sick and tired of keyboard warriors.

Actually. Let’s not call them warriors.  “Warriors” carries connotations of strength and bravery and valiance and greater good.

Let’s rename them Keyboard cowards.
Because if you comment negatively on ANYBODY or their decisions, or their mistakes, or their ANYTHING… you are not a warrior.

You are a bitch.

And you are a coward.
This morning, a local platform highlighted a Mammy who left her baby in a running car outside a shop.

Now.  We all know that this is dangerous and many may have been shocked or disgusted.

And that is fine.
Shock and disapproval, anger even, are understandable reactions to something like this. We’re all very good at disapproving something that we would NEVER do ourselves, aren’t we?
Should the “witness” or “onlooker” even have raised the issue in the media? Should someone’s mistake or decision be reported upon? Should it even be the topic of our conversation?
Well YES, actually.
Events like this DO need to be discussed, because we DO need to raise awareness of the frequency of such events.  We do need to highlight just how easily a car can be stolen, or indeed go on fire, or how easily a baby can choke… We DO need to sometimes remind people of the DANGERS or possible CONSEQUENCES of their actions.  We SHOULD be able to promote awareness and have conversation about things that need to stop; Not strapping kids in is a common one. It does my head in. 😠😠
But, we DON’T need to attack or judge.
Shake your head.  Tut.  Disapprove… These are NORMAL reactions.
But, if your reaction causes you to ATTACK and SLATE the morals, ethics, parenting and CHARACTER of the person, you are no longer raising awareness.
You are bitching.

You are out of fecking order.
And if it isn’t something that you would say DIRECTLY to the face of the person in question, DON’T TYPE IT.
I’m not defending her.

But I’m not judging her either, because I don’t know her. I don’t know her circumstances. I don’t have any authority on parenting.  I’m a disaster myself most of the time. 😅
If anything, I hope that if she HAS read the comments, that MAYBE she’ll think about the possible dangers of what she did…and I hope she’s OK.
Because Sweet Jeebus on a stick, people can be nasty.
Don’t be a Sanctimammy.

Don’t be a Keyboard Coward.
And don’t bitch about someone you don’t know.
Shnot nice. 😣😣 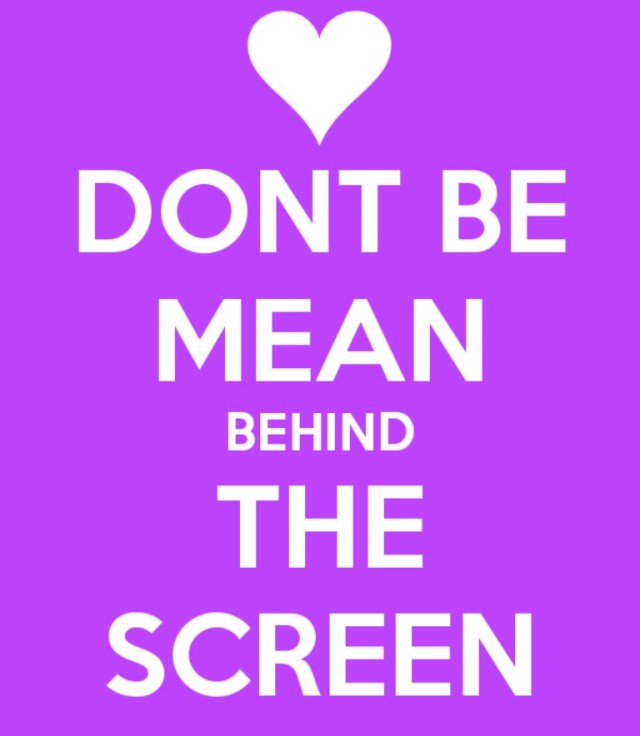