Mammy had a lovely relaxing morning. Mammy had time to meditate, do yoga, have a shower, and do her makeup and hair. The children were angels. Mammy had all the clothes chosen, ironed and laid out beside the children’s shoes and clean underwear, before she went to bed at 9.30pm (where Mammy read her selection of Wellness and Good Parenting manuals in an attempt to ensure that she was indeed giving her children all of the positive assurance and interweb proven behavioural techniques possible to ensure that they will grow up rounded and functional humans.) The children ate ALL of their healthy and nutritious breakfast, packed their bags and put on their own coats before carrying their respective bags to the car (must encourage responsibility you know. It says so on page 34 of Clever Mammy Manuals) #clevermammy

Mammy was calm and chilled as she sipped her herbal tea and created Michelin Style breakfasts, not forgetting to snap pics for Instagram to make sure everyone could see how easy it was to eat exciting, colourful food all the time. Mammy was on time and no one needed to rush or shout or be stressed. The very good little girls sang nursery rhymes in the car while Mammy listened to them lovingly, smiling and wishing that she was able to capture this moment of Mummy perfection on her phone too, so she could show the world just how fabulous and perfect her morning was. She dropped the children at school and drove on to her wonderful job, already excited to get home to her spotless home and enjoy her little ladies in the evening. What a wonderful morning. Life is good. #soblessed #youseewhatIshowyou

What we don’t see.

Mammy got up at 6.30am, wishing she’d gone to bed earlier instead of sitting up with Hubby watching another episode of Stranger Things on Netflix. She showered quickly, ignoring her hairy legs in favour of washing her face, made her coffee, made the lunches, packed the bags, found the shoes, dried the uniform cardigan, remembered it was PE Day, found the kit, tumble-dried it, put on a load of washing, woke the kids, negotiated with the Oldest, bribed the youngest, dressed one of her girls in the tumbledried kit, (hoping that her body heat would flatten the creases before she got to school,) while singing the “Will you get dressed please” song over and over and over at the oldest, drank one mouthful of the cold coffee, swore a little under her breath, screamed at oldest to EAT SOMETHING off the plate, proffered Coco-Pops as bribery, cursed her own weakness, put nappy BACK on the baby, put clothes back on the baby, searched for PE runners, took the box of Quality Street from the Baby, wondered WTF she had found them, remembered to grab her own gym bag, put the lunches in the bags, packed the car, put the coats on her children, (because who the fuck has time to watch a 2 year old zipping up their own coat at 8am?), fed the dog, turned off all the lights, set the alarm, locked the house, strapped them in their carseats, swore at the straps and then swore (again) to buy a new carseat once she gets paid, ran back inside, unset the alarm, grabbed her handbag and coat, set the alarm, locked the house, nearly ran over the Horsedog, drove to school thinking about what she needed to do today, tried to hear herself think over the noise of the cat fight in the back seat where the youngest is repeating EVERYTHING the oldest says and driving her insane! “Stop it!” “DOPIIIT” “SHE’s COPYING MEEEEE” “SHEEEtoppeeeeeemeeeee!, turns on radio to distract, listened to Despacito being murdered by oldest, arrived at childcare, took girls and all their bags out of car, put coat back on the baby, told Oldest to lift her coat off the ground as she walked, tripped over oldest’s coat, kissed and hugges both girls singing Cheery “See you Later” and “Have fun at schooooool!” and “Mammy loves youuuuu!”, wondered if she’d have time to go to the shop enroute to buy the earlier proferred CocoPops, stopped at shop, did a dash around grabbing things she remembered she needed, remembered a bag as she approached the till, drove to work and parked the car, went into the staffroom, made a cup of coffee and drank it, sighed as she remembered that she hasn’t brushed her hair and that the washing is still in the machine and will need redone this evening, but other than that, what a great morning. Life is good! 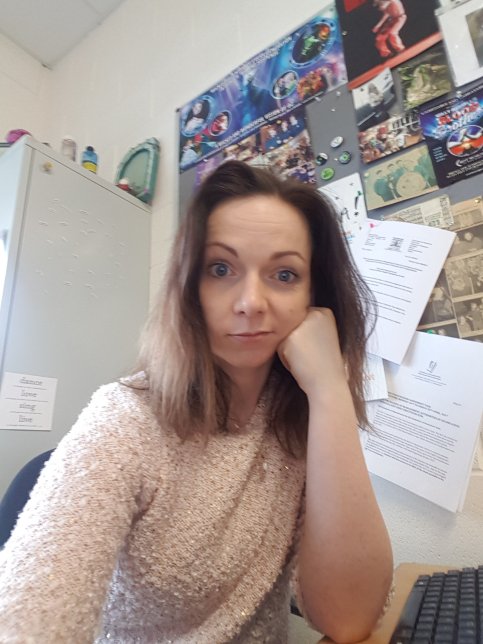 Seriously!? Look at the hair! 🙂

I know which one I am.

And I’d rather have the chaos and craziness of my normal any day, than live under such notions of perfection that I see my life as a fecking TV Show.

Be real and Be you. You’re better to be a Mammy who knows she needs to shout less and that she really should try to iron her children’s clothes sometimes and that some mornings will be smoother than others, than one who lives under the pressure to seem “perfect” to the virtual friends and followers in your virtual life. Perfect is my kids safe, healthy and fed and loved.

Great mornings are the ones that keep coming. Enjoy them. They’re perfect already, just like you. And you don’t need Social Media to tell you that. 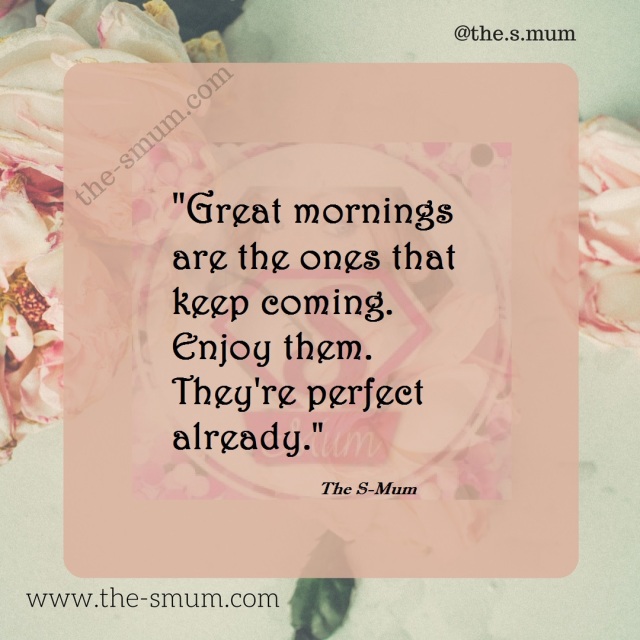 4 thoughts on “I am Show Me Show Me Mum”