So Cheryl and some Liam juck had a baby boy.
Isn’t that lovely news? Isn’t it wonderful that a couple have delivered a beautiful, healthy wee man into the world and that everyone is safe and well?

Isn’t this a heartwarming snap of a Daddy and his new little world having a snuggle? 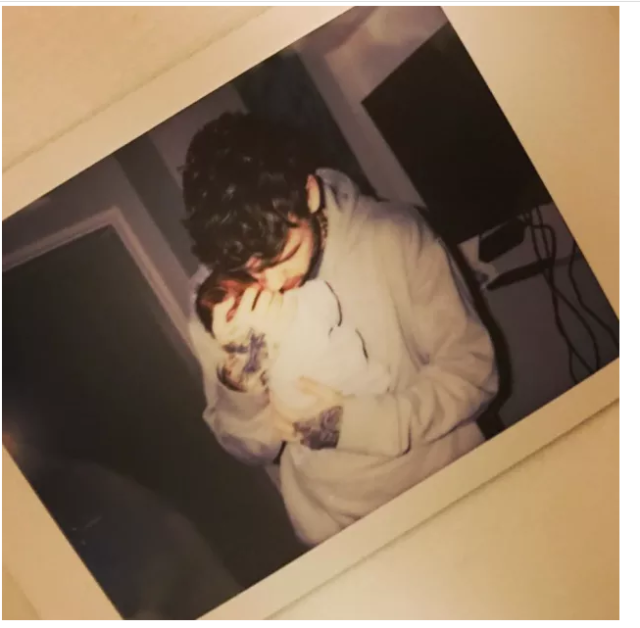 And isn’t Mammy beautiful, especially when she’s glammed up?
And isn’t it a fecking disugusting world we live in, when one of our country’s leading news platforms ran with the news today that Cheryl had an “invisible C-Section”.
Oh spare me.
It’s not enough for people to know that she’s had a baby, is it?
Nooooooooo.

For some reason, some gutter-slithering excuse for a journalist somewhere (you can nearly guess the source of the article can’t you?) decided that the story about THIS particular new Mammy and her new baby needed to be vajazzled up for us mere mortals.
Let’s say it as it is.
She’s famous.

YAWN.
Love her or loath her, she always has had, and always will have, everything scrutinised by the media, every single day.

And now, her little family are going to live a life that (wardrobe aside), none of us would ever want to swap.
Wouldn’t it be nice if all of the headlines simply told us that “It’s a boy and everything is OK”?
Rather than the verbal diahorrea that “the Mother, ten years older than the Daddy, has had a boy, having booked out the whole Kensington wing of some fancy-arsed  surgery in London, (suggesting that the other labouring Mammies probably had to posh push on the street outside Harrods) and that she OPTED for an invisible section with the world’s greatest surgeon.”
What the Fuck is an Invisible section anyway?

Did they suck the baby out through her bellybutton?

Did she fart the babby out?

Do they transport the baby via feckin Osmosis through her pores, before reforming it in a TV screen alà Cheryl & the Chocolate Factory? No. It means she had a section and will apparently be scar free.
Because that’s probably the ONLY concern she had going in to have her baby?

And she obviously opted for an elective section as she is too posh to push like her bestie VB and all the other section Mammies.

God forbid, there may have been a medical reason for it.

Heaven forbid, she might have had no choice in the matter.
Not to mention that she was probably every bit as fecking terrified as EVERY other 1st time (and 2nd and 3rd and 7th) time Mammy on EARTH.

And don’t let us consider that regardless of what magic Dr Glitterballs works with his 23crt golden knife and surgical thread made of unicorn farts and fairy wings, she still had a fucking OPERATION which will have hurt.

And no matter how gorgeous or “invisible” her scar is, it will still need to heal.
Because she is human.

And she is a Mammy now.

And her world will be upside down for the rest of her life.

And she’s most likely feeling and looking like any other bedraggled and knackered new Mammy looks after a week of being new parents.

And everyone should just say “aaaaaah!” and wish them well.
And the media need to fuck off with their utter shite headlines and go find some real news. You know? Like how Donegal and Cavan are apparently fecking off with the UK in the Brexit move? 😂😂
Is it any wonder Waterford Whispers is so popular? It’s more intelligent reading than the fecking “real news” sites.