It is Friyay…the FIRST Friyay after a FULL week of school and work and routine. And we have all survived. (albeit just about, but survived we have.😂)
We may be frazzled and fooked Mammies, but still we must find the energy to REJOICE in the Fact that we have made it to the MOST wonderful evening of the week. 😆

This week, after two years of maternity leave, unpaid leave and jobsharing, I have finally dipped my toe back into the world of being a Full-time Mammy with a full-time Job. What have I learned? Nothing. But I have remembered MANY things; Things that I had battered down, suffocated and locked in a tattered old box at the back of the memory part of my subconscious, but which now bounce back to the forefront of my ridiculously tired little mind. 😐

And along with tired children, comes the Tired Mammy. But as well as being a tired Mammy, Mammy ALSO has to be SUPER-ORGANISED Mammy.
Mammy needs to keep on top of the fridge situation.
Mammy needs to pack lunchboxes and school bags and afterschool bags.
Mammy needs to remember the fecking HORROR that is HOMEWORK.
Mammy needs to think about dinners sooner than when she opens the fridge at 6pm.
Mammy needs to set her alarm to make sure she gets out of bed 30 minutes before everyone else if Mammy wants to pee, shower and have a coffee all by herself.
Mammy needs to be an intelligent and functioning adult.
Mammy needs to rid her brain of references to Peppa Pig and Andy and Bing because they are not relevant to Macbeth and teenagers do NOT respond well to them.
Mammy needs to try to keep the washing basket from puking and Mammy needs to arrange everyone’s clothes before bedtime.
Mammy needs to remain relatively Wifely and interesting enough to hold a brief conversation with Tired Daddy when he comes home from Jim.
And Mammy needs to get used to wearing stupid heels and muckup every single day. (I’ll last until the end of September…)
Mammy needs to cram all of the Mammying and playing and cuddling and scolding and fun into 3 hours in the evening, while being JUST as tired as her beloved Tired Children who are determined to PUNISH her tired ass for abandoning them in school and creche. (Even though they both LOVE where they go and actually CRY when they are collected.)
Mammy can not have grapes or gin during the week… 😛😛
Mammy struggles with balancing the Mammy guilt when she’s away from the girlies, and the urge to sell them on ETSY when she’s spent an hour being screamed at and cried at by her Tired Minions.

In conclusion. Mammy does INDEED need to rejoice that she has made it to Friday night, has the tired minions in bed, her feet up and the grapes poured. 😂And now Mammy needs all of her Lovely Supermums to say Hello and remind her of what I have been missing while abandoning you all this week while trying to keep 286 plates spinning without falling off her heels and onto her poor, muck-uped, Mammy-guilty face. 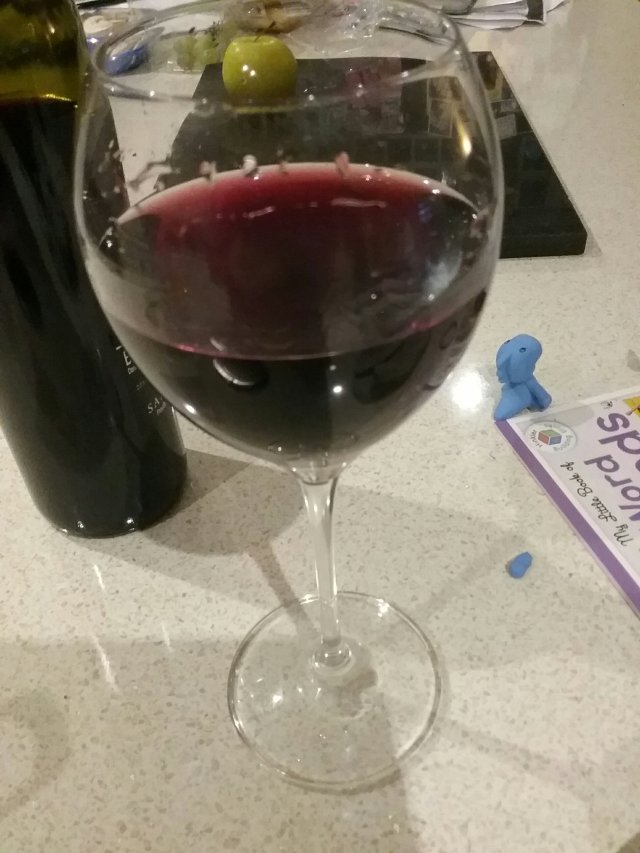 (Read in the voice of Mr Donal K – him off the radio box.)

The death has taken place of Mr Hot Point and Mrs Dy Son at their home on S-Mumble Hill.

Mr Point died yesterday evening after a long illness. It was thought after 3 months of symptoms and complaining, that he was suffering from Man-flu and that he was indeed immortal. Turns out, not so much.

His wife, Mrs Dyson was so shocked by her husband’s passing that she died suddenly, only a few minutes later, in the arms of her loving housemaid, Mrs RU Fecking-Joking.

The Coroner, a very nice man called Mr Dom Appliances, sadly declared both dead early this morning, despite attempts to resuscitate Mrs Dy Son. They are survived by their aging son, Mr Dumble Drier, who won’t be long behind them by the looks of things.

No flowers please. Donations in lieu to the Support fund for Pissed off and Broke husbands, ℅ The Him. They say that things break in threes.

After the battering The Him’s bank account took this afternoon, I’d say THAT counts as number 3… And his wee broken heart is number 4, so we’re done!

On the bright side, I’m finally getting one of the fanciful hoovery yoks that stick on the wall. The Him shall have clean clothes and a spotless house, EVERY DAY from now on… well, until the novelty wears off.