Friday is a day for smiling, for lunching, for singing.🎶🎵🎶🎵

THIS particular Friday is the day that Mammy suddenly became aware of the lyrics of songs.
Why?

Because today, my 5 (and a half) year old sang the following lyrics…in ONE car journey.

1. “Last night you were in my room, now my bedsheets smell like you.”
2. “She says Boys need a little more Bootay to hold at night.”
And my favourite…
3. “If you’re under him, you ain’t getting over him”.😲😲😲

I shit you not.

Usually, smug Mammy here only plays wonderful, intelligent and catchy tunes from musical theatre in the car and kitchen. I do pride myself in Mini-Me’s ability to sing such lovelies as “Castle in da clouds”, “Somewhere over da Wainbow” and “waindwops and woses”.

So imagine my delight, when she seemed to have learned the lyrics to my solo number in Singin’ in the Rain” after only hearing me sing it a few times…
Proud Mammy.
Clever Mini-Me…

“You should hear her singing ‘What’s wrong with me’ Daddy,” boasts Mammy to The Him.
“Ooooooh let Daddy hear” says The Him.

Rather than start the song, she breaks straight into what is apparently now her favourite line, at the top of her voice…

“HE’S WOST HIS RABIDOOOOOO” (He’s lost his libido)😣
and

“HE DOESN’T FEEL MY SOCKSEYPEEEL?” (He doesn’t feel my sex appeal)😲😲😲

In fairness, I should have recognized her penchant for bad lyrics 2 years ago, when she sang “SUPERSTAAAAAAR” when she got caught saying “Jesus Christ!” to poor Baby Annabelle one night…😂 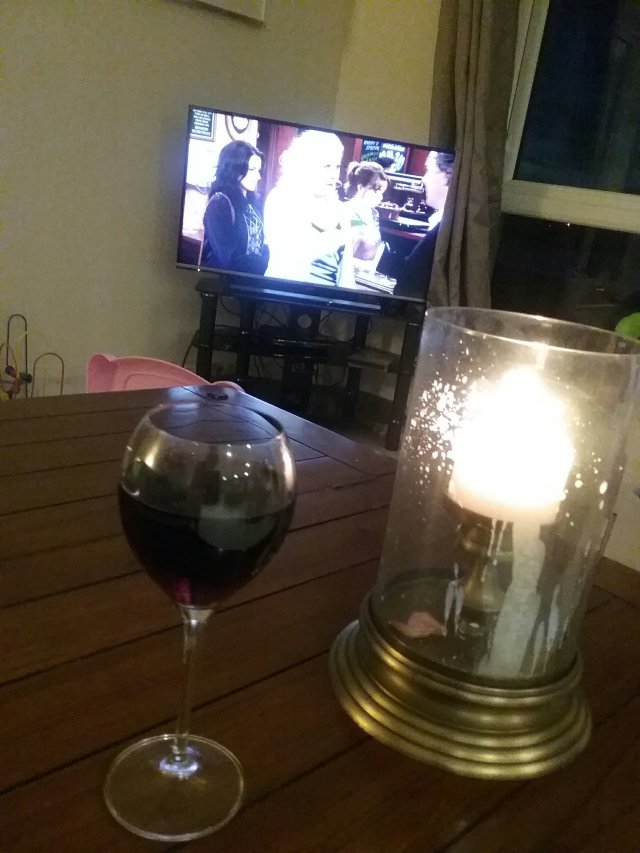 Have a good one Lovelies. 😘😘