For anyone who complains that Mummy bloggers portray an unrealistic and ideal life… they’re reading the wrong bloggers.

Mini-Me has upped her Bitch-game this evening. Seriously, there are teenagers with less attitude.
Am trying to remind myself that “a strong-willed daughter will be a strong woman, able for anything the world can throw at her.” Whatever…

Tonight, SHE threw EVERYTHING at me before bed. Tantrums, crying, huffing, puffing and death stares. She threw herself onto her bed, arm across her face, sighing and declaring dramatically “I am just FED UP.” (Looks through elbow to see if she’s getting required reaction.)

I had to leave the room; Part of me laughing at how hilarious she is, part of me DYING a little inside that I saw myself in front of my own eyes. 😳😳😳
Bad Mammy.
Bad, not-doing-anything-right, setting-seriously-bad-examples, fucking-my-child’s-emotional-responses, opposite-of-positive-parenting BAAAAAAD MAMMY.

Deep breaths. Compose oneself. Remember who is in charge…
(Little voice… “She is. She’s in charge you Crazy Woman…”) 😈

I eventually got her settled, read “The Dinosaur that Pooped the Bed” and tucked her in.
Then I came up the hall to THIS MESS.👇👇👇👇👇👇👇👇👇 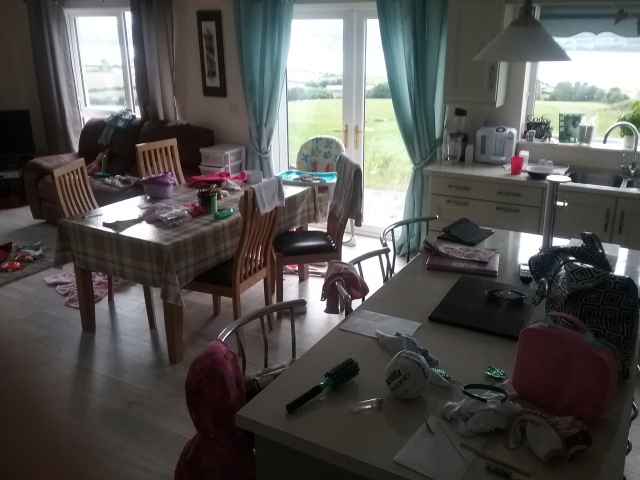 I don’t even know where to start, and so I’m ranting to you, my lovely S-Mummies 💖, to avoid it…

And to stop myself from pouring a HUMONGOUS grape-juice. 🍷😂

I almost puked in public today. 😂😂

Week three of #operationskinnyarse began with the most terrifying and dreaded piece of equipment in the gym…
The mat.
I shit you not. It turns out that the most torturous, challenging, hardcore machine in there is my own fricken bodyweight and a mat.
Who knew?

Hope your Monday was equally as wonderful as mine.
Maybe Winnie the Poop was right! 😂 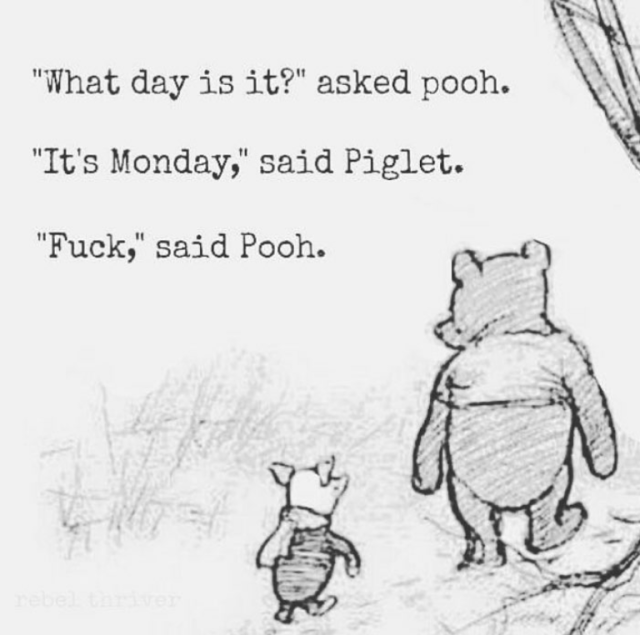 This weekend, I met my threenager.  A work colleague kindly gave me this word on Monday when I mentioned by utter exasperation at Mini-Me’s constant whining and tantrums. It’s perfect.  Attitude, huffing, stomping, screaming and absolute defiance; and all quite out of character.  Thankfully, it seems to have passed and so I’ll happily attribute her shenanigans to her Daddy being away on business for the weekend as opposed to the beginning of a long-term hatred of Mammy.

Thankfully however, even in the midst of her strops and screeches, she still managed to surprise me.  We were in a local supermarket on Sunday.  I’d like to paint a picture of calm and relaxation; you know where I hum happily as I push her around in the trolley and she sweetly impresses other shoppers by asking for oranges and singing at the top of her voice.  But no.

True to the form of the weekend, Madam refused to get into the trolley, insisting that she push the bloody thing even though she can hardly reach the handle.  By the time we got to the fruit aisle, (aisle 2), she had thrown two full blown tantrums; one over the pushing of the trolley, and one because she “neeeeeeeed buns!”

So when we moved into the next aisle and she seemed happier, (probably because she was holding said buns as if they were the last buns in the shop), I breathed a sigh of relief and carried on.  And then it happened.

A young man was stacking shelves.  He was bent forward over the onions, minding his own business, doing his job.  I had started humming, happy that all was calm again.  And then my adorable, innocent, (mostly) pleasant daughter lifted her little hand and slapped him square on the arse, shouting “Woooohoooooo!!” as she did so…

Tell me.  What the hell does one do when their toddler assaults a stranger while they work?  The victim jumped up, dropped his onions and looked around to see a wee toot grinning up at him, proud as punch of her self! He looked at me with shock on his face.

And then he laughed.  Thank the Lord Jesus and the baby donkey, he laughed.

Mammy on the other hand, turned 50 shades of scarlet and made a futile attempt at scolding Mini-Me while apologizing profusely.  “It’s fine!” he said. “I have a wee rascal at home myself.” And with that statement, all was right with the world.

I apologized again, grabbed the bun-free hand and dragged her off.  She was absolutely oblivious to my mortification and sang her way around the rest of the shop.

By the time I got the frozen food, I had resumed my normal pallor.  And then I started to laugh.  It wasn’t just the slap.  It was the “Wooohooo”.  I don’t even know where or how or why she thought to do it.  I explained to her that we don’t slap people and all I can do is hope that it doesn’t happen again.

I am So mortified Mum 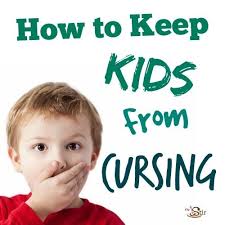