Today, we escaped as ChickenpockGate has finally ended and we are freeeeeee from the jaws of the sespit that is our home. While I should indeed be deep cleansing and femegating said sespit, I decided that getting OTF was much more important. (Out tay fook!)
And so off we pocked… sorry popped… to Derry.
Mammy hasn’t been in Derry for quite a while and it took me a few minutes to get used to all of the shininess and prettiness of all of the funky and new and in style stuff that was hanging in front of me screaming “You know you want me Mammy!”
And of course I want one of everything,like yesterday… and yet I know I must go through my summer stuff from previous years first, where I will find 17 perfectly appropriate and fine bikinis and kaftans and all sorts of other summery stuff that I shall bring with, but not wear!
While browsing through the multicoloured rainbow of the swimwear section in a certain debartmenthams store, Mini-Me picked up one particularly frilly and colourful bra top. It was a 38F and while it was stunning if that is your bra size, for Fried Egg Sally here, it wasn’t suitable.
“Isn’t this lovely Mammy? You should try it on!” announced Mini-Me.
“It IS lovely Darling, but that isn’t Mammy’s size. That is for a lady with bigger Boobies than Mammy. Every woman has different sized Boobs you see.”
“Ah OK.” she said, replacing the over-the-shoulder-boulder-holder which was made for some other Goddess.
I continued looking for the more pebble-esque holders and was happily emagining myself lounging by the pool in one of the very sexy, but subtle one-pieces, when I heard it.
“Hi MAMMY?”
Where the feck is she?
I turn around and look frantically for her. She’s standing abut 15 yards away beside the mannequins which are covered in the Ted of the Baker stuff that Mammy hints at EVERY fucking Christmas and yet never gets. She’s pulling the front of the silky material down over the plastic diddy of the greeny brown headless one.
“What are you doi…”
“Yours are more the size of THIS woman here aren’t they Mammy?”
Shoot.
me.
NOW. 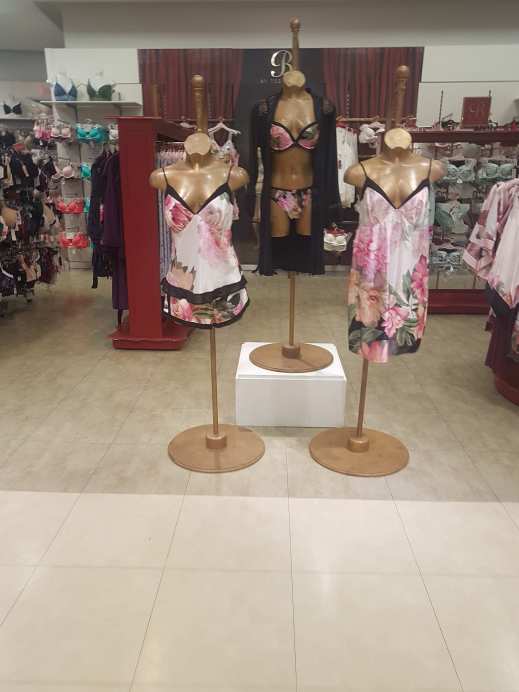 “Get over here Madam.” I hiss, as the 324 bystanders turn to look at me. (Ok, there might have only been 7 or 8, but it felt like many more.)
“But yours don’t look like that” she continued, having a good look at the perky perfectness of the plastic one.
“Come on until we find Daddy” I muttered as I gathered up my bags and my dignity from the floor. I walked over to her and took her hand off the prettiness on the mannequin.
“Let’s go you rascal” I grumbled, but a part of me couldn’t help but think ‘Why thank you Darling!’ at being compared to the boobage on the model. Even the mannequin was probably laughing at the fact that my fried eggs are still only a fraction of the boobahs on her!
How was your day?